Several months ago, Curtain-Tracks had the opportunity to work with the Army Corps of Engineers as they installed curtains to separate beds and create an isolation facility for Soldiers, Airmen and State Guardsmen suspected of having COVID-19. The barracks allowed the men and women to recover in a safe environment and prevent further spread of the virus. They used 88001 track which is commonly used in hospital and medical facilities. It is an aluminum track that can be spliced together for longer applications. They also used the 88100 carriers which are two wheel carriers with hook, and “quick ship” privacy cubicle curtains These curtains not only ship quickly, they are flame retardent per NFPA #701 standards and machine washable. 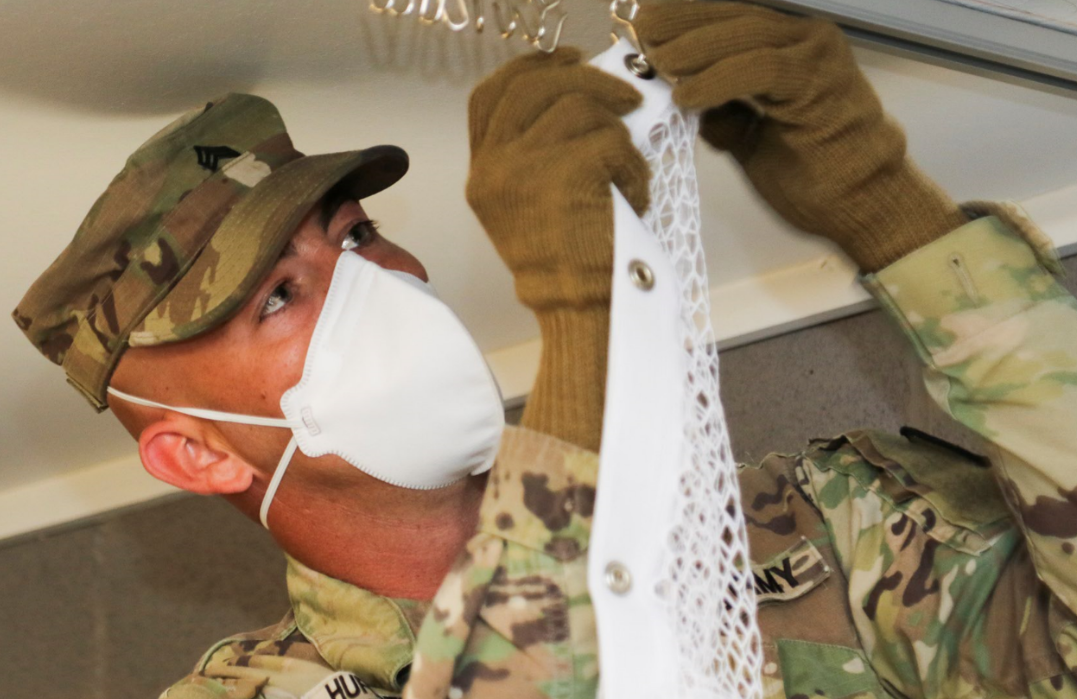 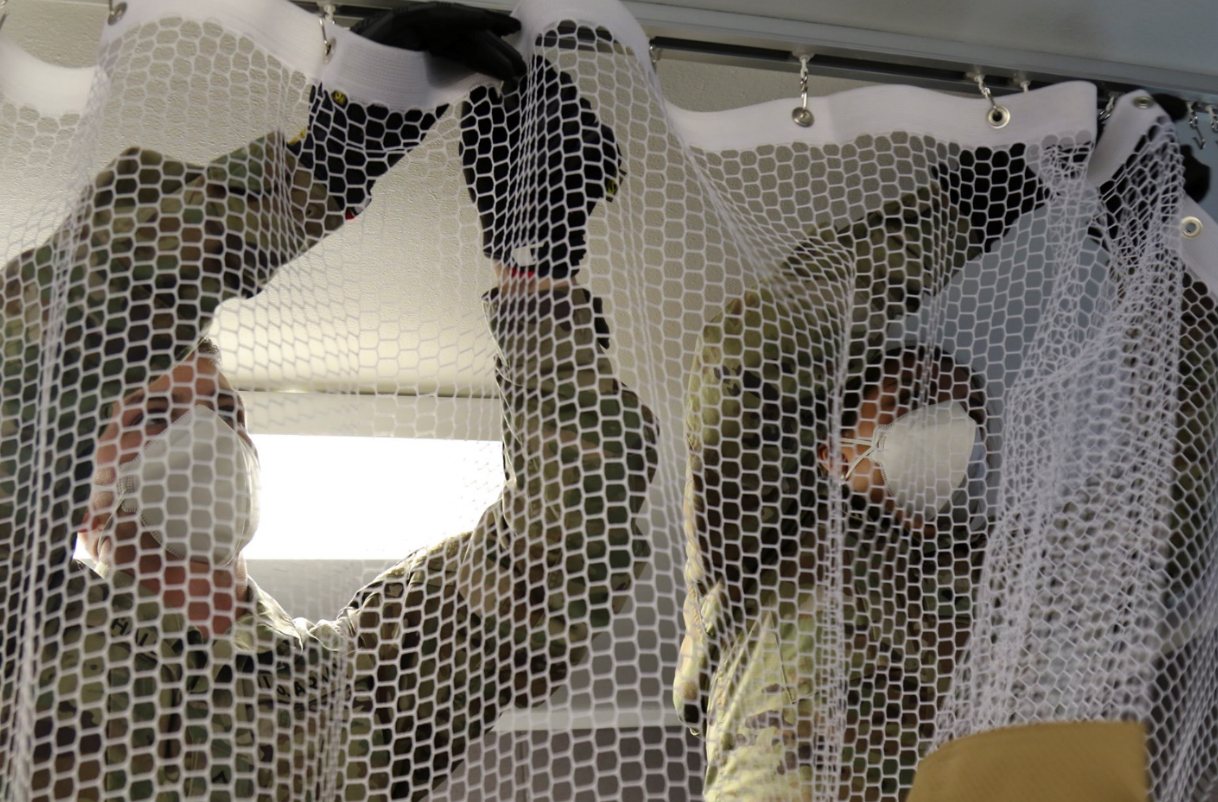 Since the outbreak of COVD-19, the team at Curtain-Tracks has had the opportunity to not only work with the Army Corps of Engineers, but with several other medical facilities and organizations as they create isolation facilities due to COVID-19. If your organization needs privacy curtains, curtain tracks or hardware, we are here to help. We wish all the men and women at Camp Swift good health! 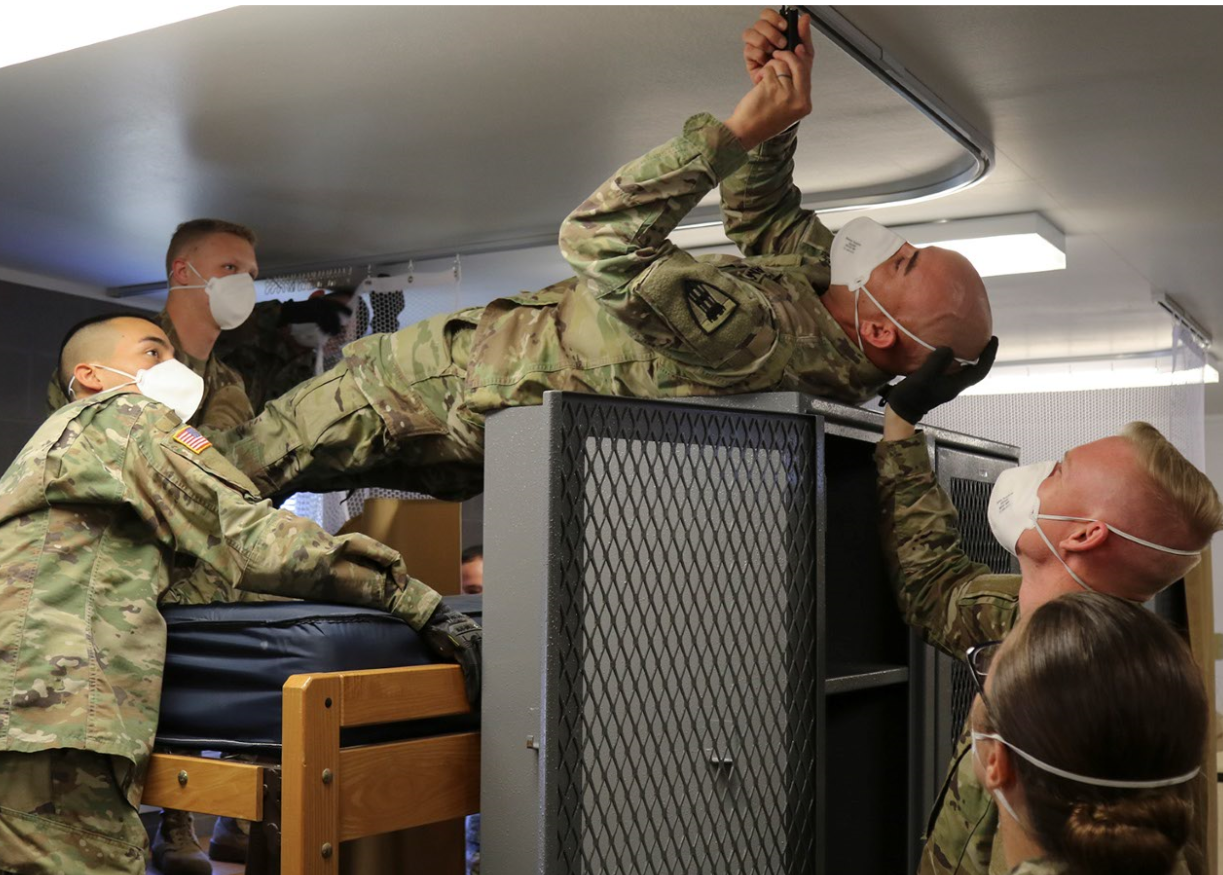 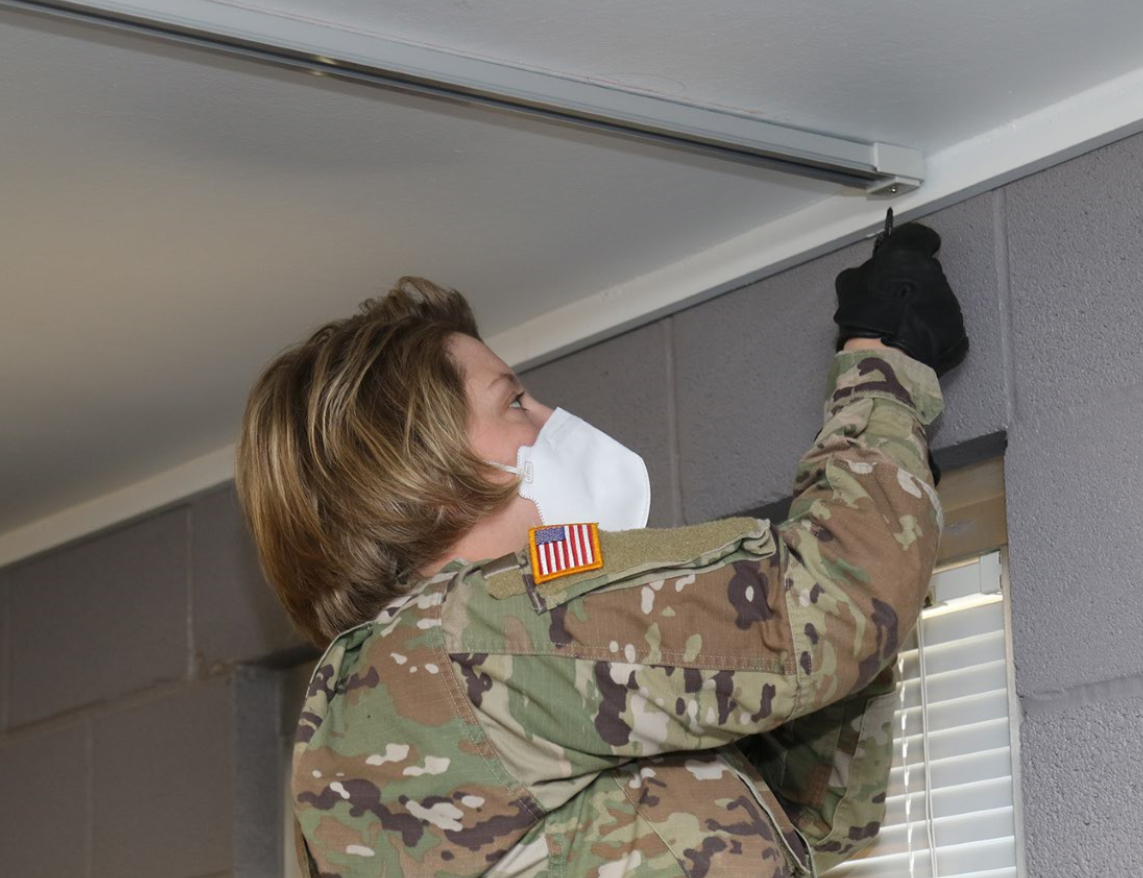