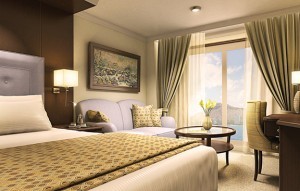 By Curtain-Tracks 11 years ago 3557 Views No comments

You may have noticed that all of the curtain tracks offered through Curtain-Tracks.com are uncorded.  This means there are no cords or strings used to draw the curtain open or closed.  We have found there a several compelling reasons to avoid the corded curtain tracks and we wanted to share our opinion with our customers. First, the hand drawn curtain tracks are simpler to install and operate.  The rollers or glides move freely as the curtain is opened or closed (drawn).  The curtain can be drawn either by grabbing the curtain itself and pulling it in either direction, or by using a baton attached to a master carrier to move the curtains in either direction.  Either option typically works fine, and is how most choose to draw their curtains (we have talked to numerous customers who have installed corded curtain tracks and have run into issues because they or others try to draw the curtains by hand instead of using the cords to move the curtains).  If there is concern around hand prints or wear on the curtains, the master carrier and baton option is recommended.  By avoiding the installation of cords and pulleys, installation of d curtain tracks with no cords is much easier, offering a significant advantage over using corded curtain tracks.

Next, we feel the cord drawn curtain tracks have become dated and are no longer in style.  While the cord operated tracks used to be in vogue, you simply do not see them being installed at near the frequency of the uncorded curtain tracks.  Want proof?  Check the drapery hardware used in the next hotel room you visit.  You will almost certainly find no cords or strings used...simple batons and master carriers are the way to go. We aren't saying a customer should never consider corded curtain tracks.  However, our preference is to cut the cord for simple, stylish savings.